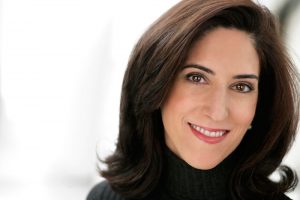 Rana Foroohar, global business columnist at The Financial Times and global economic analyst at CNN, covers the intersection of business, economics, politics and foreign affairs. She frequently profiles movers and shakers in finance and business, including Warren Buffett, Bill Gross, Howard Shultz, Mary Barra and Carl Icahn. Her high-level yet accessible analysis has made her a sought-after commentator on influential programs such as CNNI and Face the Nation.

Foroohar’s first book, Makers and Takers, was a finalist for the 2016 FT & McKinsey Business Book of the Year Award. Her upcoming book, Don’t Be Evil: The Trouble with Big Tech, looks at how the largest tech companies wield power over the economy and our society, and how the monetization of our information has distorted the very foundation of democracy. It is scheduled for release in the fall of 2019.

In this video, Foroohar talks about privacy, artificial intelligence and the digital economy.

Listen to this reading of a column she wrote for The Financial Times called “The Global Race for 5G Supremacy is Not Yet Won.” Stephanie Lahr, MD, is the CIO and CMIO for Regional Health, the largest healthcare provider in Western South Dakota. She joined the Regional Health team in April 2016, shortly after their decision to transform the organization through a process of EHR unification and Epic implementation. Lahr led the clinical aspects of that project as well as the data conversion strategy. In January of 2018, she added the role of CIO and is now responsible for the strategy and management of the Information Technology Division.

Prior to her role at Regional Health, Lahr was the Medical Director of IT at Kootenai Health in Coeur d’Alene, Idaho, a role she developed during her eight years there as a hospitalist. She has nearly a decade of experience assisting hospitals and their medical staffs with the changes associated with EHR implementation and transition. She is board certified in Internal Medicine and in 2015 became board certified by the American Board of Preventive Medicine in Clinical Informatics. She has also completed the CHIME Healthcare CIO Bootcamp™ and is now a certified CHCIO. 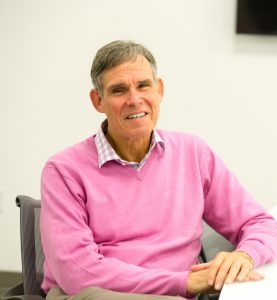 Eric Topol, MD, is one of the leading innovators in medicine today, specializing in the use of artificial intelligence, “deep” data and smart technology in the practice of individualized medicine. Also called precision medicine, individualized medicine tailors diagnosis, prevention and treatment to the full biological and social profile of the individual, rather than the “average” human of traditional medical science. Topol is a cardiologist, founder and director of the Scripps Research Translational Institute, executive vice president of Scripps Research and professor of Molecular Medicine.

He is one of the top 10 cited researchers in medicine and a Modern Healthcare poll voted him the most influential physician leader in the U.S. He is the author of two bestsellers on the future of healthcare, The Creative Destruction of Medicine and The Patient Will See You Now. His most recent book, Deep Medicine, was released this year.

Topol is leading a National Health Service program in the UK to pioneer new treatments and technologies to transform healthcare. Listen to his thoughts on preparing the healthcare workforce for a digital future.

Topol explains how AI can help to humanize healthcare in this Q&A with Time.